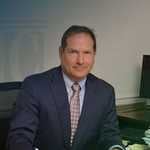 Mark is a trial attorney and founder of The Mark Casto Law Firm, PC. where he represents individuals or families who have suffered an injury or the loss of a loved one. He has civil litigation experience in the areas of motor carrier/transportation liability (tractor-trailer wrecks), motor vehicle accidents, product liability, premises liability, medical malpractice, nursing home abuse, employment discrimination, and insurance bad faith.

Mark was voted as one of Georgia's Elite Lawyers by his peers.

He has also been voted by the people of the Columbus Community as a Reader's Choice Award Winner in the Columbus Ledger-Enquirer. Mark has litigated cases across the State of Georgia and other states including, Alabama, Florida, Mississippi, Texas and New Jersey.

Mark's career began at the Office of District Attorney where he prosecuted numerous cases and was specifically assigned to prosecute child victim crimes. Mark acted as lead prosecutor in over 50 jury trials in Superior Courts of Georgia with an astonishing success rate.

Mark was a sole practitioner attorney for almost five years. In his sole practice, Mark gained extensive experience in representing the injured victim due to others' neglect. Mark, also, handled numerous criminal defense cases including the successful trial defense of an individual accused of murder. Additionally, Mark handled contested and complex domestic/divorce cases.

All in all, Mark has developed a great skill in the presentation of his cases at trial.

The History of The Mark Casto Law Firm, PC

In January 2006, Mark was a founding partner of The Law Firm of Bennett and Casto. Mark's practice focus on injured persons expanded to include personal injury, workers compensation, Nursing Home Neglect and Abuse, medical malpractice and employment discrimination claims.

Ten years later, in April 2016, Mark founded The Mark Casto Law Firm, PC on the premise of providing superior service to his clients. Believing that it is hypocritical to sue medical doctors when also asking these doctors to care for his personal injury and worker's compensation clients, Mark will not file a claim against a doctor for medical malpractice, but rather the hospital or other negligent parties.

Education Mark earned a B.S. in Sports Management from Western Carolina University in 1991 and graduated with Honors. Mark earned a Juris Doctor from the University of Akron (Ohio) School of Law in 1996. Mark received the award for The Best Advocate at the 1996 Academy of Trial Lawyers Moot Court Competition held in Pittsburgh, Pennsylvania.

Outside of the workplace, Mark is married with two daughters. He attends and is active with St. Anne Catholic Church. He volunteers with and supports many youth programs in the Columbus Community and at his churches. He and his family are very supportive of charities that focus on the health and well being of children, children's safety and particularly Autism Research. He has coached youth soccer, youth baseball and is an active supporter of his children's school's Athletic Booster Club.