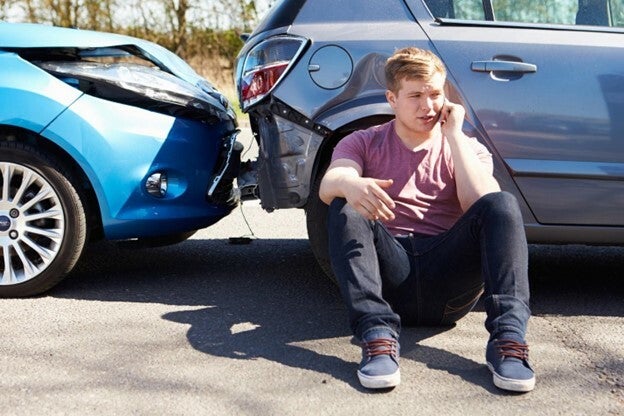 Teen Driver After A Car Accident

There are many kinds of dangerous drivers on our roads, but teen drivers are statistically the most dangerous. Teen drivers often lack the experience, the impulse control, and the insight necessary to drive as safely as possible. As a result, teen driving features far too prominently in far too many car accident statistics. If a teen driver's negligence has left you or someone you love injured in a car accident in Georgia, consider contacting an experienced car accident attorney at the Mark Casto Law Firm at (706) 940-4030 for a confidential consultation.

According to the Centers for Disease Control and Prevention (CDC), car accidents are the number two cause of death for teens in the United States. Consider the following facts:

The CDC shares that teen drivers are less equipped to recognize risky driving situations than more experienced drivers are, and they are more likely to underestimate the dangers associated with those conditions. Teens are also more likely to err when making critical decisions related to driving than experienced adult drivers are, leaving them more vulnerable to causing serious car accidents. These teen driving risks only increase at night, according to the following:

Another risk factor is the increased propensity of teens to not wear seat belts as compared to other age groups.

Teenagers are notoriously distractible, and their inexperience compounds the immensely dangerous practice of distracted driving. The CDC provides the following eye-opening examples:

When motorists exceed the posted speed limit or fail to drive at a speed that carefully takes the condition of the road into account, they increase the chances that an accident will occur and increase the risk that it will be deadly. Unfortunately, teens are even more likely to engage in this singularly dangerous practice. Consider the following related statistics from the CDC:

While it is illegal for teenagers to drink in the first place, this does not stop alcohol from playing a significant role in teen driving statistics, according to the CDC, including:

Teen driving comes with considerable risk. If you or someone you care about has been injured—or worse—by the negligence of a teen driver, an experienced Georgia car accident attorney is standing by to help. Consider contacting the Mark Casto Law Firm by calling (706) 940-4030 today to schedule a consultation to learn more about your legal rights.