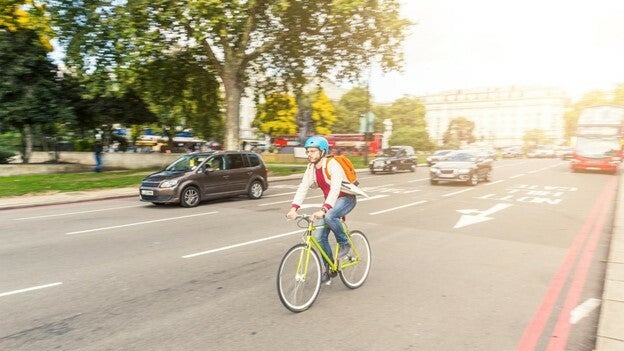 Cyclists are obligated to follow the same traffic laws as motorists and are also protected by the same laws. Drivers have a legal duty to drive safely and avoid any reckless driving behaviors that could put cyclists and other motorists at risk. However, many of the common causes of bicycle accidents involve negligence by a motorist or a third party. When a cyclist is injured in an accident caused by negligence, the cyclist may have grounds to seek financial compensation through an insurance claim or personal injury lawsuit. Have you been injured in a bicycle accident in Georgia? The team of seasoned personal injury lawyers at the Mark Casto Law Firm is prepared to help you fight for the financial compensation you deserve. Consider contacting us today at (706) 940-4030 to learn more about your legal rights after being injured in a bicycle accident.

The Most Common Causes of Bike Accidents

According to the National Highway Traffic Safety Administration (NHTSA), bicycle accidents fall into one of two main categories:

Cyclists and motorists both have a legal duty to protect each other by following the rules of the road. In either type of accident, the police and insurance companies will conduct a thorough investigation to determine who was at fault. The at-fault driver could be held liable for financial damages suffered by the other party.

The majority of bicycle accidents are avoidable and only happen because of negligence by either the cyclist or a motorist. Drivers of all vehicle types are legally obligated to drive as safely as possible to protect themselves and others. A driver who fails to meet this legal obligation and causes an accident can be considered negligent. Negligence is the cornerstone of personal injury lawsuits. Some common causes of bicycle accidents involving negligence include:

Cyclists who have been injured in traffic collisions involving possible negligence may be entitled to recover damages from the negligent driver who caused the accident. You can learn more about bicycle accident lawsuits from the Mark Casto Law Firm.

Who Can Be Held Liable for a Bicycle Accident?

Depending on the circumstances of the accident, there are a few possible negligent parties who could be held liable for injuries and property damage suffered in a bicycle accident:

Protecting Yourself as a Cyclist

Cycling has been becoming steadily more popular in Georgia and throughout the United States. According to a report from the Georgia Department of Transportation, there were 5,834 bicycle collisions and 4,482 bike crash injuries between 2005 and 2015. While many bicycle-vehicle collisions are not the bicyclist's fault, some safe cycling practices can help significantly reduce the risk of an accident and serious injuries:

Following these rules will help reduce the risk of getting into a bicycle accident, but even responsible cyclists are at risk of suffering injuries in an accident caused by someone else's negligence.

Cyclists who have been injured in crashes that were not their fault may be entitled to financial compensation for economic and non-economic damages, including medical expenses, lost wages, pain and suffering, and more. However, securing financial compensation is not always easy, as insurance companies may attempt to deny the claim or offer an insufficient payout for the damages suffered. Bicycle accident victims who are seeking to obtain the full financial compensation to which they are entitled often seek assistance from experienced personal injury lawyers. If you have questions regarding the common causes of bicycle accidents or other accident-related concerns, the Mark Casto Law Firm can provide answers and help you understand your legal rights. Consider contacting us today at (706) 940-4030 to learn more about filing an insurance claim or personal injury lawsuit following a bike accident.