A Lawsuit For A Dog Bite - The Mark Casto Law Firm 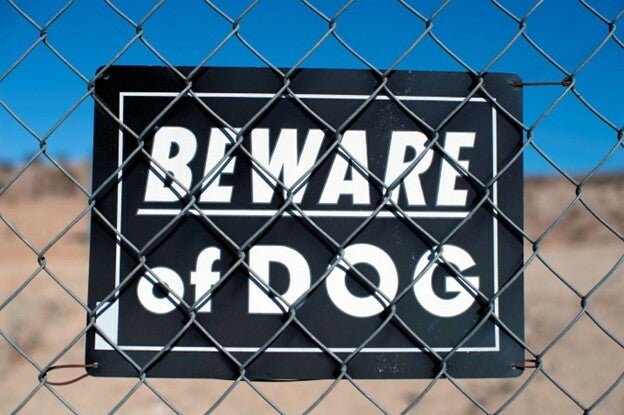 How To File A Lawsuit For A Dog Bite Injury

Dog attacks and bites happen commonly and are often traumatic for those involved, even if the injury is not serious. Attack victims, in many cases, can care for their wounds at home. However, some dog bites result in severe injuries and expensive medical care. Animal attacks more commonly involve children and can cause lasting physical and psychological injuries. When animal attacks lead to injuries, the law could hold the pet owner financially accountable. If you or someone you love has been attacked and you need to know how to file a lawsuit for a dog bite injury, consider speaking to an experienced attorney at the Mark Casto Law Firm by calling (706) 940-4030 to schedule a consultation.

State laws require, if a dog owner knows the animal can be aggressive, the owner to take precautions to ensure that the dog does not run freely to keep the public safe from any attack. However, it is the victim's burden to prove that the defendant knew the dog could be a danger to others. A knowledgeable attorney could help by reviewing animal control records to search for prior incidents.

According to the Georgia Code Section 51-2-7, when a dog owner is aware that the animal has a history of aggressiveness and does not behave as a responsible dog owner, he or she is liable for damages. Proving the animal's vicious predisposition is sufficient evidence to establish fault within the civil court. An experienced, hard-working attorney at the Mark Casto Law Firm could handle the legal work necessary to file a lawsuit for a dog bite injury while the victim focuses on recovering.

Immediately following a dog bite, reporting the incident to the local animal control or authorities is crucial. The victim of the attack or the victim's guardian can report the incident to the local police department or office of animal control. The report should include vital details, including the day and time the dog bite occurred, whether there were severe injuries, and information for potential witnesses.

If the animal's bite causes severe injuries, the victim should also call for medical care right away. Reporting the attack to the authorities will help the injured party establish fault when he or she files a claim to recover damages. The incident will also remain on the animal's record in case there are any other bites or attacks in the future.

Most often, dog bites do not result in severe injuries. However, in some cases, the victim of a dog bite attack may sustain any of the following injuries:

Injuries may be especially severe when a dog bites a child. Children are more likely to sustain injuries and severe scarring to the face due to their height in relation to the dog. Children also commonly suffer from severe and long-term psychological trauma after an animal attack. Dog bites also have the potential of leading to infection and other medical problems or illnesses.

When dog bites and attacks occur, the victim should not have to cover the costs sustained because of the injuries and or expenses of ongoing medical care. After successfully establishing that the dog owner's negligence caused the damages, the court will generally award compensation under two major categories.

Economic damages are the out-of-pocket monetary expenses that people sustain in a personal injury case. The award amount would cover costs that include:

The plaintiff will need to verify economic damages and losses. He or she can do this through medical records, the incident report, hospital bills, and any other documentation related to the dog bite. Non-economic damages are abstract and not as easy to prove. The court will consider the severity of the injuries and their effect on the claimant's life and future to determine any award amount.

The Statute of Limitations

The statute of limitations limits a person's time to file a claim with the civil court. A strict timeline is in place to protect defendants in personal injury claims from untimely litigation. Filing the claim right away is also in the plaintiff's best interest, as it assures that the evidence does not become stale or lost. According to the Georgia Code Annotated 9-3-33, the plaintiff must file the claim for damages within two years of the dog bite and cause of action. The statute begins on the day the attack occurs.

Missing the statute's deadline for suing will often result in losing the ability to recover compensation from the defendant to cover related losses. There are a few exceptions to this rule. If the victim of the dog attack is a child, the statute will not begin until the day the child turns 18 years old. There is also an exception for discovery in most cases. If the victim does not realize that he or she sustained injuries until later, the statute will begin on the day the victim reasonably discovered the damages related to the incident.

If you or someone you love suffered a dog bite that resulted in severe injuries and expensive medical care, you may be eligible to collect compensation for the damages. While there is no amount of money that can erase the emotional trauma of an animal attack, compensation could cover the financial burdens caused by the injuries. The court may award compensation to cover damages that include medical costs, missing time from work, and pain and suffering. The civil court process is complex, and a successful outcome is often more likely with skillful investigation, negotiations, and litigation. If you need to file a lawsuit for a dog bite injury, consider contacting a seasoned attorney at the Mark Casto Law Firm at (706) 940-4030 to schedule a consultation.